…to The Lilith Institute™, a Center for Feminist Spirituality focused on learning, ritual and creating community. We transmit, share and welcome many types of knowledge including oral, written, embodied, iconographic/visual, symbolic, spiritual, emotional. Our passion and our work: to help women find voice, as we connect with each other and to the power within.

You can also listen to this on Apple Podcasts or Spotify 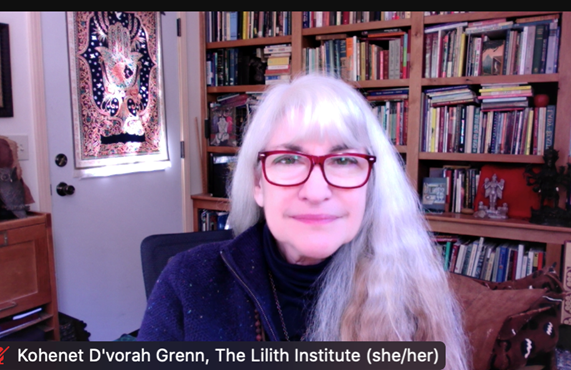 The Lilith Institute app is now available through the Apple App and Google Play Stores! 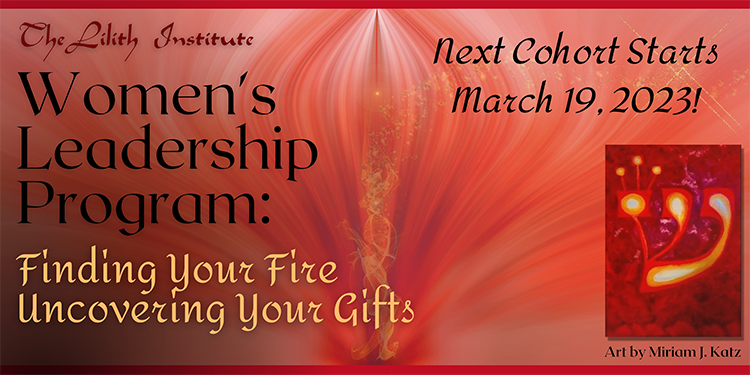 “D’vorah is an amazing teacher and wisdom holder. I encourage you to learn with her.” – Rabbi Nadya Gross, Executive Director & CEO of Yerusha, building a legacy for future generations 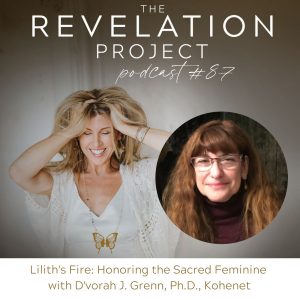 If you join Lilith Institute as an Ishtar Level member, you’ll receive a 1-on-1 spiritual guidance/mentorship session with D’vorah, reduced prices on programs, exclusive content, discounts from our partners and more! As a Lilith Level member, you get all those benefits, plus two more private sessions with D’vorah and an affiliate membership with WomanSpirit Reclamation. See the Membership page hre or write info@lilithinstitute.com for more info. 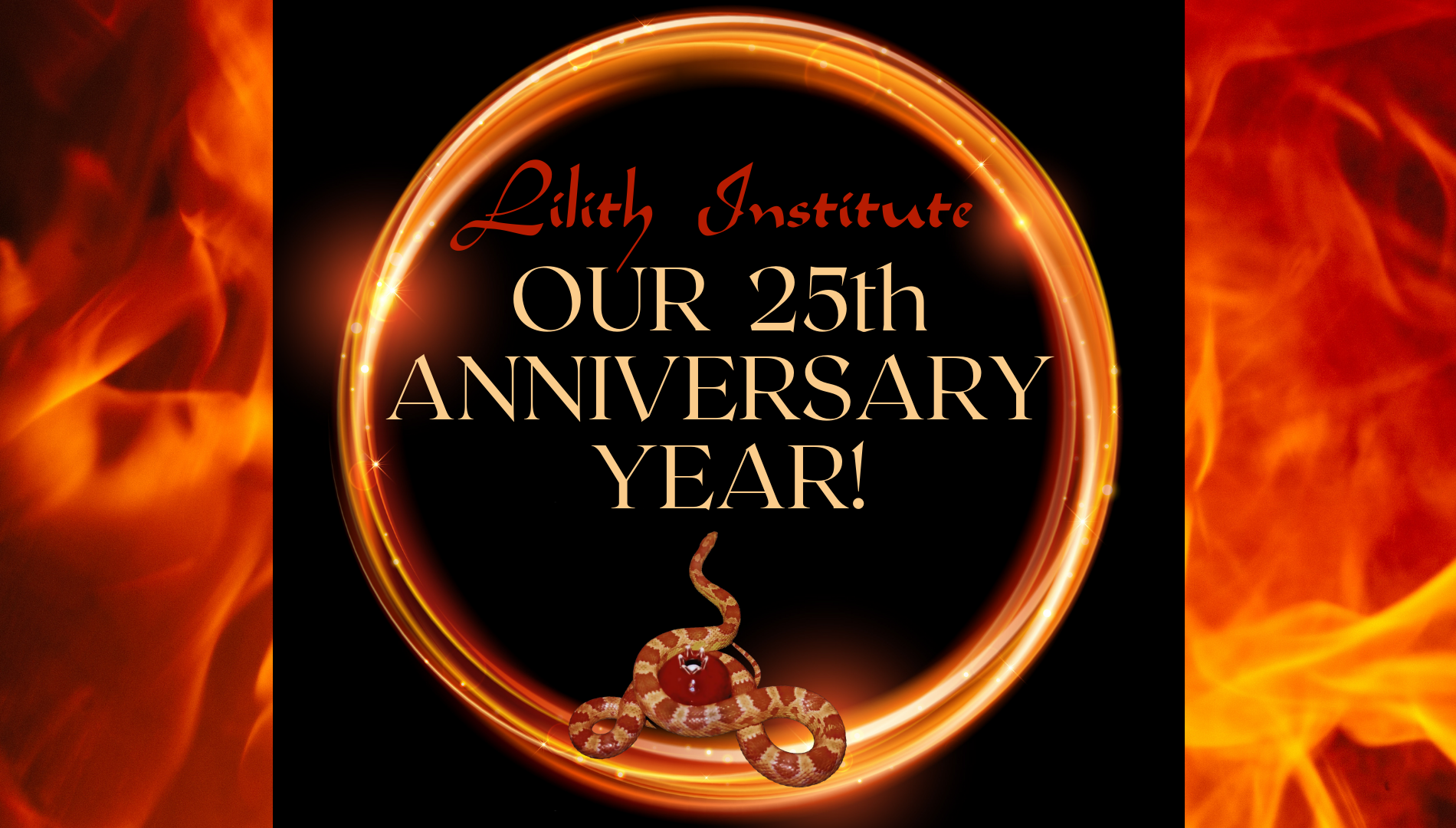 “Never, ever, for the sake of peace and quiet, deny your own experience.”  –Dag Hammerskjold 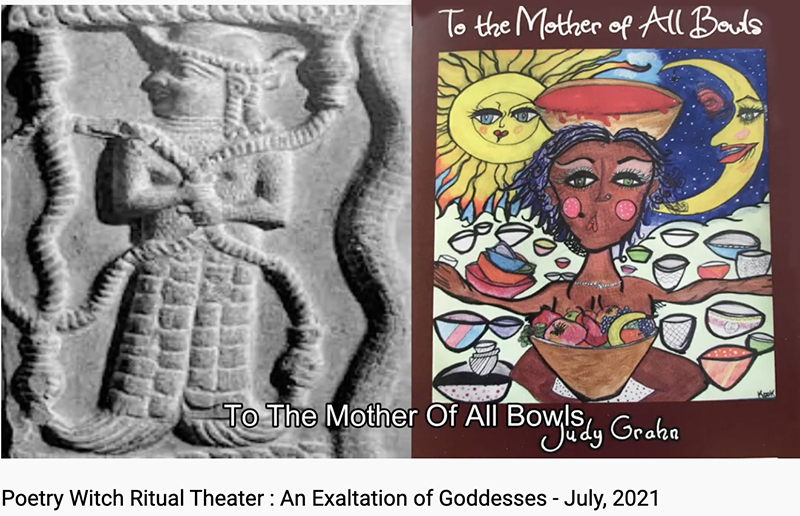 “Many thanks for your fierce belief in my spirit, my ability to transform myself, and your loving support every step of the way.” –Annette Wagner, artist and teacher

A Brief History of Lilith

The mythical figure of the ‘dark goddess’ Lilith—a symbol of the independent, rebellious, sensual, courageous, passionate, rageful potential in us all–has been as much a source of inspiration as she has been a flame igniting my curiosity since I was first introduced to her in 1985. For this, I thank an extraordinary teacher, Rabbi Bernard M. Zlotowitz of Hebrew Union College-Jewish Institute of Religion in New York.

According to Jewish legend, Lilith was Adam’s first wife and Eve’s predecessor. In the most commonly-told version of the tale, she is made from the earth, as is Adam. For this reason, she refuses to lie beneath Adam sexually, and when he insists, she mutters God’s secret name, leaves the Garden of Eden and Adam, and flies off to the Reed Sea [today called the Red Sea] to live her own life. After Adam complains to God about being alone and Eve comes into the picture, we learn—in traditional patriarchal recountings—that she is warned against the ‘evil’ Lilith and feels Lilith is a rival competing for Adam’s affections. In a contemporary feminist midrash or reinterpretation of this legend by Judith Plaskow, however, we see Lilith painted as Eve’s counterpart, confidante and friend (Womanspirit Rising, 1979).

Lilith is consistently portrayed in many cultures first as a demon, who might have been good or bad, then as a child-killer and temptress; as a woman embodying or representing the devil and often personified by Eden’s serpent. In literary and iconographic representations, she is clearly depicted as symbolizing the “evil” inherent in all women. Yet many contemporary women see in her the embodiment of the Goddess, Great Creatrix, Queen of Heaven and Earth, Goddess of Love and War, designations she shares with her counterparts Inanna, Ishtar, Asherah, Anath and Isis. As a goddess of love, beauty and things erotic she is akin to the Greek Aphrodite and the Roman Venus; in her wildness and thirst for justice she and Bhadra Kali, the Hindu goddess, could be thought of as sisters. The question of how bloodthirsty she may or may not be—and whether the role of avenger is a positive or negative one—remains an open one. There is also the question, which has gone largely unexplored, of the royal or divine status which may be signified by her serpentine crown and the rings she holds, usually recognized as symbolizing Sumerian royal authority. “She also holds the ring and rod of power. Thus she joins the first rank of gods” (Johnson, 1988).

Lucia Chiavola Birnbaum, in her landmark work Black Madonnas (1993), calls Adam’s treatment of Lilith “the first violence done to women”. If one reads this as rape, as some writers do (Philips, 1984; Ostriker, 1993), one begins to view the Garden of Eden as more prison than paradise. No wonder, then, that Lilith left Adam and Eden; in so doing–as Aviva Cantor wrote in the first issue of LILITH Magazine (1972)—Lilith chose loneliness over subservience.

The patriarchy’s treatment of Lilith has been similar to its treatment of Eve. Both have been demonized – Lilith for her independence and open sexuality, and Eve for her quest for knowledge.

We can trace Lilith’s development through both art and text; through mythological as well as talmudic, pseudepigraphic and apocryphal sources. They include: the 3rd millenium story of Gilgamesh and the Huluppu Tree; a 2400 BCE text referring to a Sumerian storm demon; the famous terracotta relief of Lilith known as the Burley plaque from circa 2300 BCE; in Babylonian legends dating from roughly 1800 BC; in Aramaic incantation texts found in bowls around 600 CE in Nippur, Babylonia (Iraq), Arslan Tash (Syria) and Persia (Iran); in Rabbinic literature, midrashim and folklore from the 5th to the 12th Centuries CE, in 15th and 16th Century European sculpture and woodcuts, in Kabbalistic sources beginning in the 12th and appearing through the 17th Century CE, in literature carrying her through to the present day. The only actual Biblical reference to Lilith or ‘the liliths’ is in the Hebrew Bible (Isaiah 34:14); whether or not it truly represents this mysterious figure is a matter of conjecture.

I find Lilith, as both symbol and mythological figure, endlessly fascinating. When I first learned of her I was in corporate life; when I returned to school to pursue an MA degree, she rapidly became the focus of my thesis: “Lilith as Everywoman in Ancient Text & Modern Midrash: Transforming a Demonized Eros.” Whichever legends about her one chooses to believe, for me she symbolizes both the best and the worst in women (and men), and shows us the desirable, mysterious, pro/creative, regenerative and healing powers of the dark or unknown as well as the socially unacceptable or amoral attributes of the dark.

*Book a complimentary exploration into whether Spiritual Guidance or Mentorship is right for you:

If you believe in the work we’re doing, please consider supporting the Lilith Institute with a monthly or one-time donation. 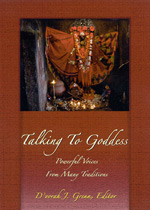 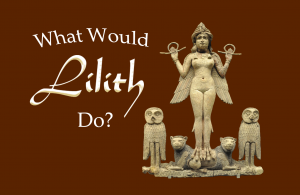