You’re Invited to Become a Member of The Lilith Institute!

YOU ONLY HAVE ONE LIFE — WHY NOT MAKE IT AS RICH AND MEANINGFUL AS POSSIBLE? 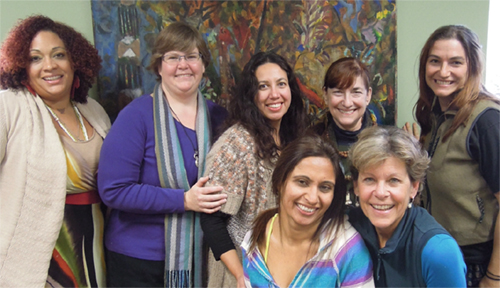 No matter where you are in your life journey, you will be welcome at The Lilith Institute. Find your people in our compassionate, inclusive women’s sacred community, where you can finally speak with your true voice, be heard and believed, and grow into your fullest self.

In our Speaker Series, you will learn about women’s contributions across time and so your own history–and what you are capable of–from a variety of teachers, spiritual leaders / activists, ritualists, authors and other creative artists.

As a member of The Lilith Institute we offer you a space in which you will learn ways/find tools to:

“I’m extremely grateful to have the company of like-minded women where whatever I feel, I can say, and know I’m not going to be judged…”
– Carolyn W., Lilith’s Fire Circle Alumna

Who exactly was Lilith – and why have most people never heard of her?

According to Jewish folklore, Lilith was actually Adam’s first wife. She demanded her equality and refused to be subservient to her husband. In these stories, Lilith is demonized for wanting what men want – free choice, the ability to speak openly, sexual satisfaction, personal fulfillment.

She flew out of the Garden of Eden in search of independence and because her “Paradise” had become an oppressive prison.  She later was replaced by Adam’s second wife, Eve, and the rest is history. Is it any surprise that the story of Lilith is conspicuously absent, or that we only read of her as a demon rather than as a strong, self-determined figure in the patriarchal tales and texts we were raised on?

We’ve been served allegories and archetypes of what a “good woman” does or doesn’t do. It was the always “bad woman” who was a firebrand, outspoken, disrupting the status quo, unapologetically pursuing her dreams and exploring her sensual desires.

Another legacy I inherited was my father’s mindset–as a refugee who fled Nazi Germany–to ‘never make waves’. While I understood his good intentions, it turned out to be a highly detrimental mindset for me for many years, one strongly reinforced by this society’s expectations for a girl’s behavior.

When I first learned about her, I found Lilith’s fearlessness to be a refreshing change of pace, a delectable breath of fresh air. Somewhere deep within me echoed the truth of her rebellion, her refusal to submit, her sexual desires, her liberation – of self, by self, for self.

At that point in my life, I could no longer deny my urge to connect to something more meaningful than a workaholic existence, and embraced the Lilith in me. 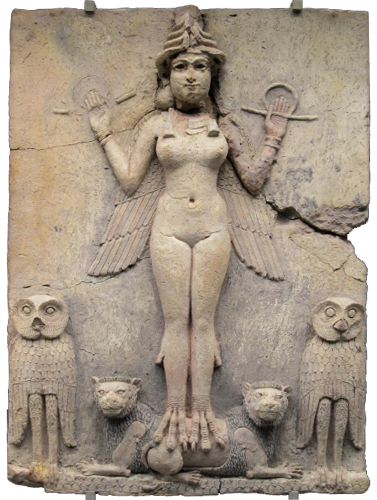 How Lilith Can Help Us

The story of Lilith opened my eyes. All my life, I had been looking to the outside world for the answers.  Society was establishing the standards and determining my priorities, a society largely governed by men. The system wasn’t set up for me to speak up or speak out.  It felt selfish to pursue my purpose and my desires.

But when we stop, acknowledge, and listen to our intuition – everything is possible.

With your Lilith Institute membership, you’ll find new ways to use your voice, trust your own knowing and so stand in your power.

Our community offers you teachings, resources and support to:

This membership and our programs are for you if:

“This course taught me to… never let myself be defined by the world we are living in, but instead define myself.” – Former student

WHO ARE YOU MEANT TO BE? 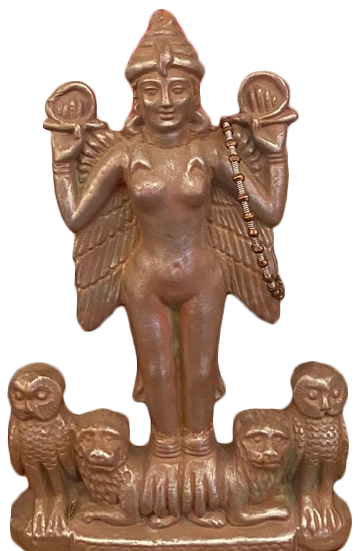 It’s Okay to Invest in Yourself!

When our appliances are broken, we repair them. When our bodies are injured, we seek treatment to restore our physical health.

Our hearts, minds and souls are no different. They need nurturing too; when ignored for too long, we can get sick or feel tired, alone, ignored, and depleted.

It’s time to finally make the investment in your own happiness, to give yourself the gift of time and space to explore the things you are passionate about. In our compassionate community you’ll be heard, encouraged, and offered practical resources to support your journey. With your membership, you’ll even get a private session with D’vorah to explore changes or decisions you’d like to make in your career, education, or personal path.

Make Time to Manifest your Values

Life is so busy that many of us feel that we have no time to spare. It’s true that the demands just keep coming and coming – whether it’s our jobs, homes, family, friends, pets or community involvement.

If you find yourself bingeing on TV to escape the pressures of daily life, maybe there’s a better way. What if a couple of times a month you used that time instead to give yourself the gift of stepping into a sacred space which would feed you, a place where you could renew yourself, remember what you really care about and re-evaluate whether your life is in alignment with your values and your dreams?

If you invest in yourself and your well-being in this way, what kind of transformation can you bring to your life? I have seen many women — of all ages — suddenly step back from the daily grind and realize all their time and attention has gone to taking care of others, or just working, and that they have neglected themselves and their own growth.  It’s never too late to start. Join the Lilith Institute for a women’s community that can change your perspective and your life.

“So helpful and so liberating… I realize I’ve lived out the Lilith story my whole life.”
– Karen M.

LOCK IN THIS EARLY BIRD RATE!

LOCK IN THIS EARLY BIRD RATE!

LOCK IN THIS SPECIAL INTRODUCTORY RATE!

Join in from anywhere in the world! All sessions are virtual so you can connect from any location. Our Speaker Series and most classes will be recorded so you can watch at your convenience.

“There’s just something about time with women and reflecting on our growth that’s so valuable and helpful for me. I always leave really inspired, more motivated. Lilith’s story is OUR story.” – Debi Cummings, Nature Educator